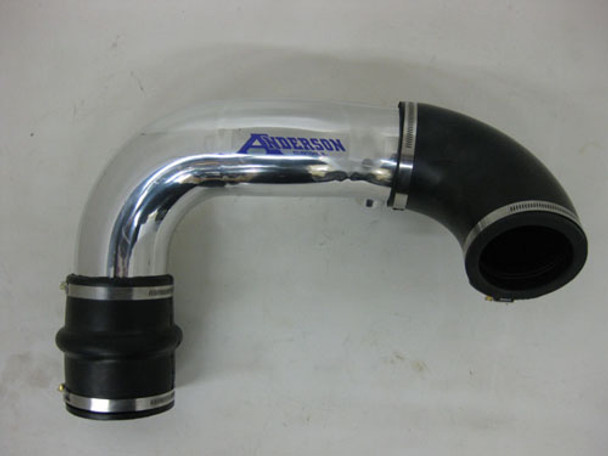 The Anderson Power Pipe®, with its all Aluminum mandrel bent construction, is the highest flowing inlet pipe available for centrifugal superchargers. We also put the mass air in the inner fenderwell for a cooler intake charge.

Anderson POWER PIPES® were developed because of the need for a supercharger intake pipe that would flow at a higher rate of CFM, with a larger volume of air, brought on by the demand that Vortech, Procharger and Paxton have when making 10 lb of boost or more.

All Supercharger Power Pipes® flow 1200 cfm +
as tested on our Superflow 1200 Flow Bench.

MSRP: $415.90
Now: $385.00
Was:
If you are running the standard Vortech/Paxton bracket and inlet tube on your supercharged 5.0L Mustang then this kit is for you! Eliminate belt slip and add approx. 1-2 lbs of boost without changing...
KITVORT8693PP

MSRP:
Now: $58.59
Was:
Anderson Cam Chain Retention ToolWith all of the cam testing we have done over the years on the 4.6 two valves, Anderson Ford Motorsport has developed a time-saving tool.This tool is used to remove...
AF-0602